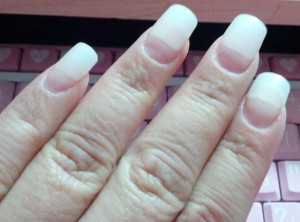 Ok so in the past I have talked about doing my own nails, and I have. I first experienced with the less expensive products, which I failed at, you can tell if you look back at my blog, and view the pictures of the train wreck. So I put off doing them and instead stocked up on supplies. I even got vegan nail polish to see how they were as I had never tried them before. You can see this review of the top vegan nail polish: https://thegreenforks.com/best-vegan-nail-polish/ if you want to know more about it. Now that I have done that I wanted to give it another go, which I did on my own nails since I had such a hard time getting the tip to adhere to the fake plastic finger *sigh* so aggravating that was. So I finally did it, did my own nails with a more expensive product but I was pleased with the results, I have to say that it was not easy END_OF_DOCUMENT_TOKEN_TO_BE_REPLACED

Okay so this is the beginning of the A to Z Challenge I spoke about yesterday. I had been debating about what I wanted to do as a theme, as I read around, and see what others were doing, I came back to the same idea, and that was to go with the theme idea, instead of going random. Which is how I was going to start, but then I thought I love films, and would love to share some I have watched, and look forward to watching. I did state, that I would share only the ones that I have seen, but seriously if I have not see a film with the letter U or W or whatever, I will pick one that I want to see, gives us something in the future to want to see, yay! I went with the film called 'All The Boys Love Mandy', sounds like a really sweet film just by the name hey? That's what I thought too, I thought it would turn out to be a chick flick. Well END_OF_DOCUMENT_TOKEN_TO_BE_REPLACED

I am super happy I received my @rollo thermal prin

I am keeping myself busy #DIYing a #Spring #Wreath

With all that's going on, I didnt get a chance to